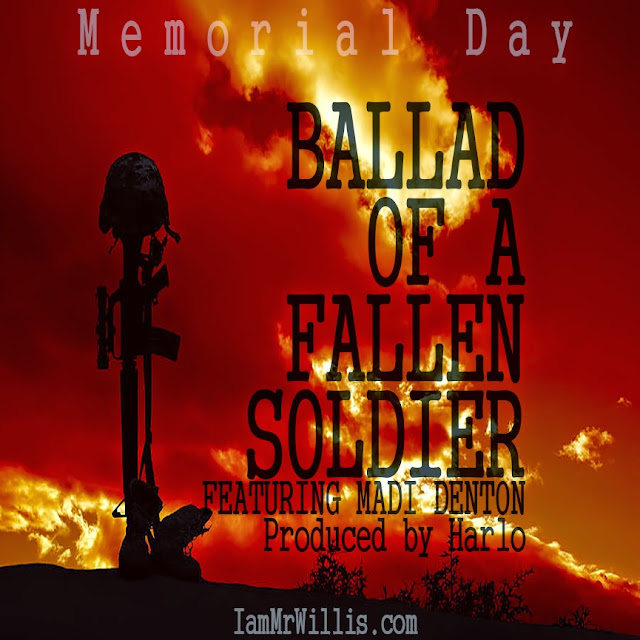 On Memorial Day, I wanted to release this song as an homage to all servicemen in our US military that we have lost throughout our countries young existence. It doesn't matter whether you agree with everything these men and women, the fact of the matter is that they've sacrificed more in the name of the civil liberties and freedoms of this country and others more than anyone can imagine. My hat goes off to them and I chose to honor those men and women who have contributed to the continued evolution of this country, protect and defend it with their own lives on the front lines of battle. You have my respect and my gratitude.

This song also features Madi Denton. An awesome talent I thank her for being on this song with me.