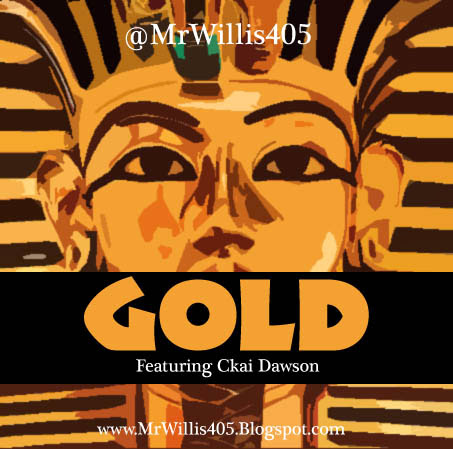 Hey Whaddup!! Its Willis once again. A day late but as promised I'm back with another gem. This song is called Gold and it features one of the baddest singers I know, Ms. Ckai Dawson. This turned out to be a great song. I'd been waiting to put it out because I wanted to make it just right. This song is representative of a mindset. Not just a precious stone but a precious attitude. In life so many things will try and break you down. Just remember you are Golden. Let us walk as Kings and Queens and demand to be respected as such. If that aint Gold....Yo thanks for everyone who's keeping up witht the music. Take a listen and let me know what u think. Im very interested in the feedback. Peace