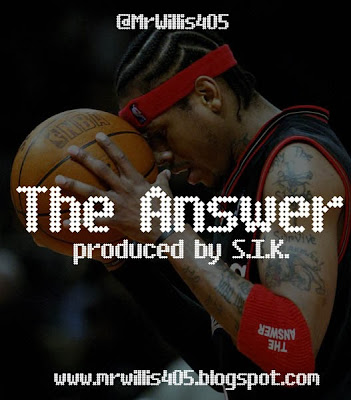 Yo whaddup? Its Willis back with another joint. Since its the first week in the NBA season, I decided to drop this one. Its a dedication to the legacy of one of my favorite players of all time, Allen Iverson. As a shorty, Allen Iverson was like 2pac on the basketball court to me. I knew alotta other ppl felt this way too. There was something we just connected with that he just had inside of him. Dude was all heart, he gave everything, and he kept it 100 at all times. He was David to many Goliaths and he had no fear. This is why he is in my top 5 all time NBA Legends, and I feel like not enough ppl get they flowers while they living, so I did this song. #ONLYTHESTRONGSURVIVE #AIForever #THEANSWER
lyrics
Written by Michael Willis
credits
released 29 October 2013
Produced by S.I.K.