I never understood why they havent worked together on anything but to see these 2 on SNL. Would be a Great episode

We all know shaq can be goofy as hell when he wants to be. I'd love to see him wilding out on SNL.

Yeah I know these niggas beefing but how cool would it be to see the money team back together on SNL tho.

Though I know he was a Degrassi kid back in the day, we rarely see Drizzy's acting skills. It might be cool to see him hosting.

Little Big Man, K. Hart would kill on SNL. And a great performance by Rozay wouldnt hurt either.

We've never really seen Denzel doing comedic acting before I think it might be cool to see. The R in R+B would definitely bring the big guns that night as well.

The Return of the Legend and the presence of the Artist formerly known as would be hot. Especially if u add in a Chappelle show style Charlie Murphy Skit. 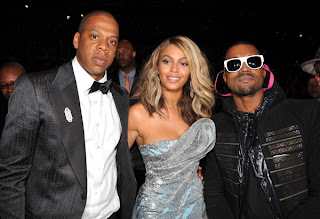 The Carter Administration would shut 30 Rock Down!!! I think the cast would be too nervous tho. Alotta Black star Power #BSP

Its a long shot but Dave Hosting SNL would be dream come true to everyone who misses his show. And with the Roots along for the ride I would definitely be a classic Show

Need I say more. It couldnt be while Barack is still in office though. He couldnt say nothing right now. But after he's out of office, Fuck it. He should go in. It'd have to be in black history month tho lol.
Email Post